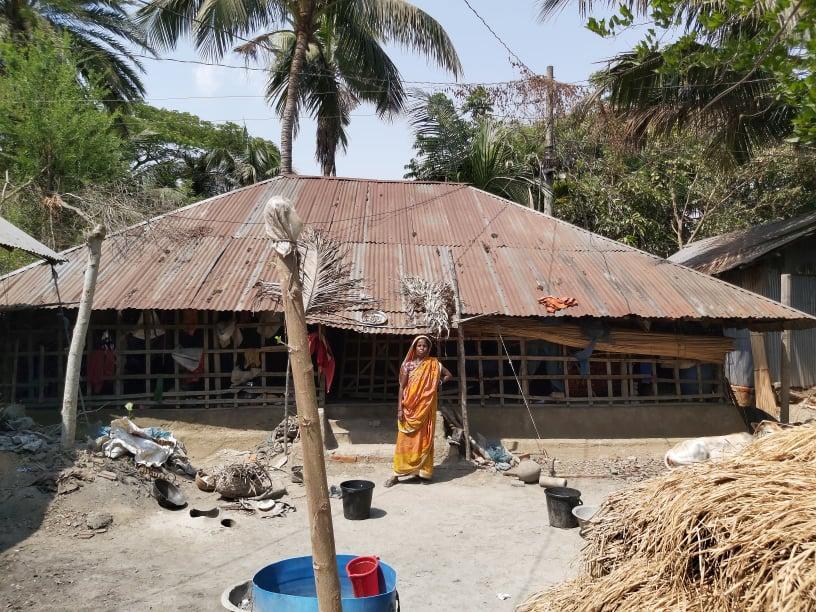 Minuti Biswas (50)—known to everyone as ‘Futi’ in the fishing community (jeleypara). She lives in Taiyabpur village in Baniakhali in Saratput, Khulna, on the banks of the Bhadra River—and is the last member of her immediate family living in Bangladesh.

Around twenty years back, she explains, her brother Gurupodo Biswas moved to India’s Kakdwip in South 24-Parganas, in the Indian state of West Bengal. He had gone fishing with a group of people inside the Sundarbans, she explains, when they were stopped by the noubahini (literally navy, but referring to the coast guard). They were not allowed to fish during that time, and the group was interrogated by the officials about who the owner of the fishing boat was. Somehow, they had managed to get away from there, she says, but fearing trouble, her brother had left for India through a dalal (broker, middleman). Within a few months’ time, he had arranged for his wife to join him there as well. Eventually, their sister too was married to a man in India, and left, as did their mother.

Futi had stayed back, however. She had been married, she says, but things had not worked out—she had come back to her parental house no longer willing put up with her husband’s abuse. Her husband had married twice afterwards, but she had still hoped at the time that she would eventually be able to return to her in-laws’ place. After that, it was too late and there was no point dwelling on it—“ar chinta korar shomoy nai”. Besides, if she left, there would be no adult left in the country to look after her late father’s homestead. 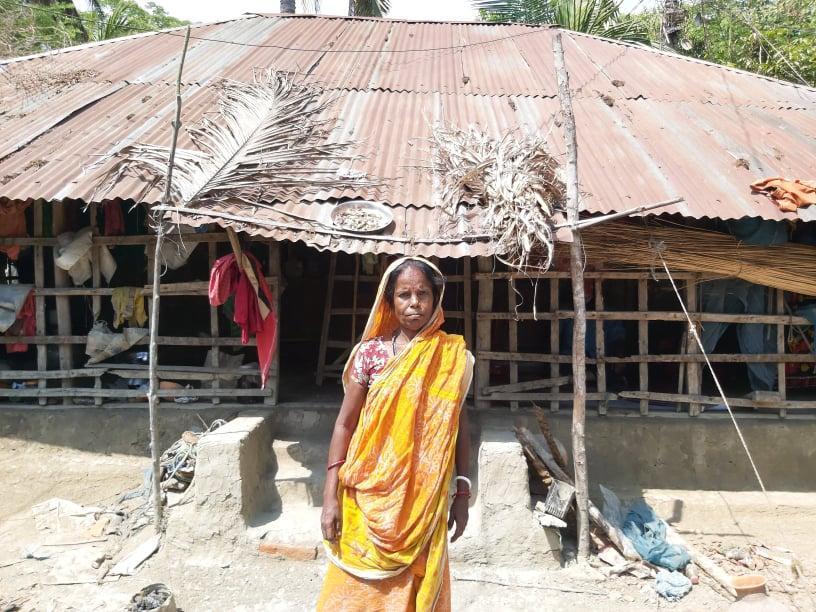 She had been married, she says, but things had not worked out—she had come back to her parental house no longer willing put up with her husband’s abuse. Her husband had married twice afterwards, but she had still hoped at the time that she would eventually be able to return to her in-laws’ place. After that, it was too late and there was no point dwelling on it—“ar chinta korar shomoy nai”.

However, in the two decades since her brother had left, she had visited him multiple times. Previously, she used to go through middlemen, but the last time she visited, around a year back she says, she used a passport and visa.

Her younger sister had left one of her sons with Futi when he was just 7 years old. Today, this nephew is 15 years old and according to Futi refuses to entertain any conversation of leaving for India. He works as a fisherman, going out to sea in large boats every two weeks. This, along with Futi’s net-making and fish-collecting in shallow waters, provide for the two today.

But Futi’s story is an exception in the area. Many peoples from the village have, over the last two decades moved to Kakdwip—which was a sparsely populated place—at different times due to the decline of fish in the area as well as the obhijans (i.e. restrictions and crackdowns by the coast guard such as the burning of fishing nets or the confiscating of boats). Today, those who have stayed behind have to supplement their incomes by driving vans or working as agricultural labourers around the Khulna-Jessore region.

Those who have left—from many families in the area—have recreated a community in Kakdwip today. So, even though Futi doesn’t own a mobile phone, there are ways for the communities living on either side of the border to keep in touch.

For her, the family is better off there, ‘they have everything’, she says. Her brother works in a fishing trawler and the family, according to her, is well-provided for. It’s her nephew and her who are struggling to make a living. But, as she says, she isn’t one to stop working.

Sirajul Islam, born in 1952, comes from a family of honey collectors in Bhekotmari village of Soladana union of ...
View Story

Pratap Sarker has seen first-hand how his village has changed over the course of a mere forty years. A resident of ...
View Story